adromischus alstonii does best if located bright and sunny the year round. if placed outside during summer and to avoid rotten roots, make sure that rain water can flow out of the pot’s hole.

the soil should be well drained, im using a mix of some gritty, sand and a bit humus. a regular cactus mix can also be used.

from spring to fall adromischus alstonii can be deep watered. what’s running out of the pot should be removed after a few minutes. before adding water next let the soil dry.

a half diluted cactus fertilizer can be given monthly from spring to fall. fresh bought or recently repotted plants don’t need to be fed for the first six to eight weeks.

if you can give em enough light, adromischus alstonii can be cultivated at room temperature throughout the year. if not, it should be placed at approx. 5-10 (41-59 °f). watering has now to be reduced, a fertilizer must not be given.

adromischus alstonii can be propagated with seeds or (leaf) cuttings. 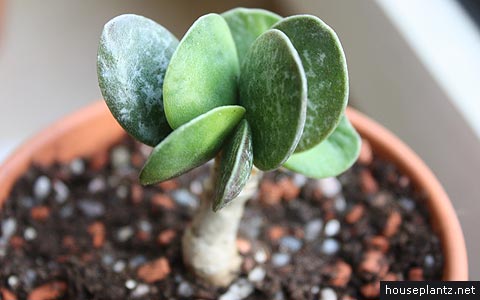 Plant care and other links